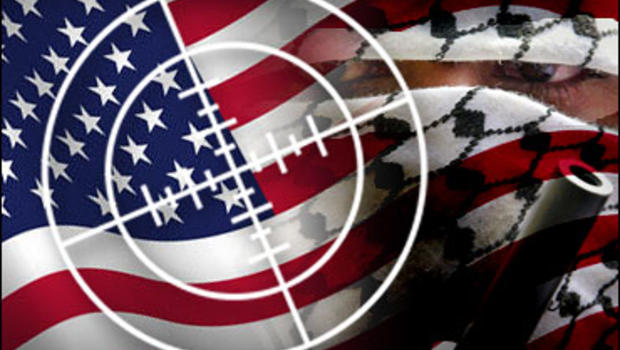 The attack in San Bernardino was just the beginning.

Preface: It is my belief that the West’s Far Left and Islam are working together in a temporary, informal “marriage of convenience”. Both rightly perceive America’s constitutional form of government and its capitalist economic system to be a far greater obstacle to their world-wide dominance than is the other. They both want to rule, both are totalitarian in nature and have aligned together* to bring about the destruction of America. Islam seeks world-wide shariah law over all, the Far Left, a Marxist utopia. They plan to turn on each other, once America is effectively destroyed.

*ISIS is a faction within Islam that is NOT aligned with the Left. There are various factions within Islam as there are on the Left. As it suits their agenda, each side and faction ‘accommodates’ the other side.

ISIS army of scientists set to wage chemical and biological war on West: Experts warn weapons of mass destruction ‘have been carried undetected’ into European Union

ISIS has consistently been ahead of the West’s ‘leadership’. Europe is closer and logistically easier to infiltrate but America’s porous southern and northern borders make entrance into the US easily accomplished. And, America is Islam’s “Great Satan”.

ISIS is well aware that if they can neuter America, the West will start to fall. ISIS is far more strategically sophisticated than is al Qaeda. They understand that America’s infrastructure is her “achilles heel”. Neutering America, which strategically is all that ISIS needs to do, does not require destroying America, which is beyond ISIS capability. But ISIS does have the ability to bring America to her psychological knees by creating enough panic, economic chaos and disruption that America falls into a “Fortress America” defensive mindset. That fearful mindset necessarily would embrace an isolationist, defensive posture, which would in turn result in America’s retreat from the world stage. America would abandon its global influence.

Attacking America’s water supplies and electrical grid with chemical and/or biological WMDs would create the conditions needed to force America into an isolationist mind set and presuppose the American public to acceptance of a national, semi-permanent state of emergency. ISIS can create in America the terrorist conditions under which Israel has long labored and, those conditions would necessarily create a defensive American mindset.

Effectively removing America from influence upon the world stage would provide ISIS with the status needed to achieve acceptance within the Islamic community of its leadership of a new Islamic Caliphate.

It’s important to understand that most within the Ummah (greater Muslim community) fervently wish to see Islam rule the world. They only disagree on methodology to achieve that end because Islam’s most basic tenet is that Islam MUST rule the world. A basic Islamic tenet with which almost all Muslims agree. The Saudis for instance believe in ‘stealth jihad’ and gradual assimilation of the host culture into Islam through ‘Hijrah’, the migration of Muslims into a non-Muslim society until Muslims reach a ‘tipping point’ in percentage of that society’s population, whereupon they can wrest control of that society and implement Shariah.

“None of the people that have that criticism of Shariah law have checked out the law because it’s not even for non-Muslims. Shariah law is for Muslims. So if there is a Muslim majority state, then it has to be run by sharia law”. Kareem Abdul Jabbar, convert to Islam

ISIS, al Qaeda, etc. believe in Islam’s Dar al-harb, its ‘house of war’ i.e. conquest through the sword. Should ISIS achieve its goals, the Saudi’s et al would jump on board.

This story has far more importance than it has been given by the media, which of course is not accidental. The very last thing the Obama administration wants is for the American public to prematurely awaken. Important details such as what was in those steel cylinders has been hidden from the public. If they were just water thermos containers, they never would have been mentioned. The most likely material contained in those steel cylinders was a chemical or biological agent. The most likely target was large American city’s water supplies. This is not mere speculation but informed conjecture;

Fears of a Biological Attack on Water Supplies in France

“Iraqi and American intelligence have warned that Isil is aggressively pursuing development of chemical weapons, setting up a branch dedicated to research and experiments with the help of scientists from Iraq, Syria and elsewhere in the region.”

The Obama administration and the federal government are purposely keeping the public in the dark about the actual nature of the threat. They are doing this to avoid panic and to delay the coming political backlash. Obama himself does not see any fundamental incompatibility between Islam and Marxism. Such differences as do exist are in his opinion, resolvable.

It is the author’s opinion that the hardcore Far Left, of which the Obama administration is its current foremost agent are intentionally manipulating events, such that WMD attacks will occur in the US. The goal of such a strategy is to ensure that nationwide, near-permanent Martial Law will have to be declared in response to the ensuing panic and chaos. In my previous post; The approaching, manufactured ‘crises’ facing America I’ve laid out the rationale and strategy the left has planned for fundamentally transforming America into AmeriKa.

Note that I attribute this strategy to the American hardcore Far Left, not “useful idiot” liberals. Nor do I think that Obama himself wishes to be a dictator. He wishes his legacy to be that of the man who made possible America’s transformation into a non-white, Marxist/progressive society. The non-white attribute is important because Obama is a virulent racist who carefully conceals his racism.

The Far Left’s perception of America is perfectly encapsulated by the opinion of the foremost financier of the left, “The main obstacle to a stable and just world order is the United States.” George Soros

The birth of the United Socialist States of AmeriKa awaits.